The style that was previously known as Tribal Fusion now carries the name Fusion Bellydance or sometimes Transcultural Fusion Dance. This style was created in the West Coast of the United States in the 90's by Jill Parker. The basic technique combines FatChanceBellyDance and the Salimpour technique and draws inspiration from Street Dances and Flamenco.

Typical for the style is very soft snake-like movements and sharp accents. These two elements can be combined together to form movement layers. Main focus is to create precice and enchanting movements with isolations, where only one part of your body is moving.

Fusion Bellydance would not exist without the countries and cultures where Oriental Dance, nowadays often referred to as MENAHT dances, has been danced for thousands of years (the exact time is not known). It includes many different dances from the Middle-East, North-Africa, Hellenistic cultures and Turkey (MENAHT). Fusion Bellydance is based on these different dances, although it doesn't represent the original form of the dances.

Anni offers Dark Fusion dance classes to metal music and with a dark pagan theme. Course descriptions always state what the theme will be or will it be a combination of these two. Weekly classes started in the spring 2020 and a year later, the spring 2021, Anni's performing students were named as Hallanmaa (the land of the frost). Hallanmaa is inhabited by many magical creatures of the North, metal-heads, pagans and rockers. Dwellers of Hallanmaa may change from time to time and the name is not linked to specific people. On going courses you can find here. 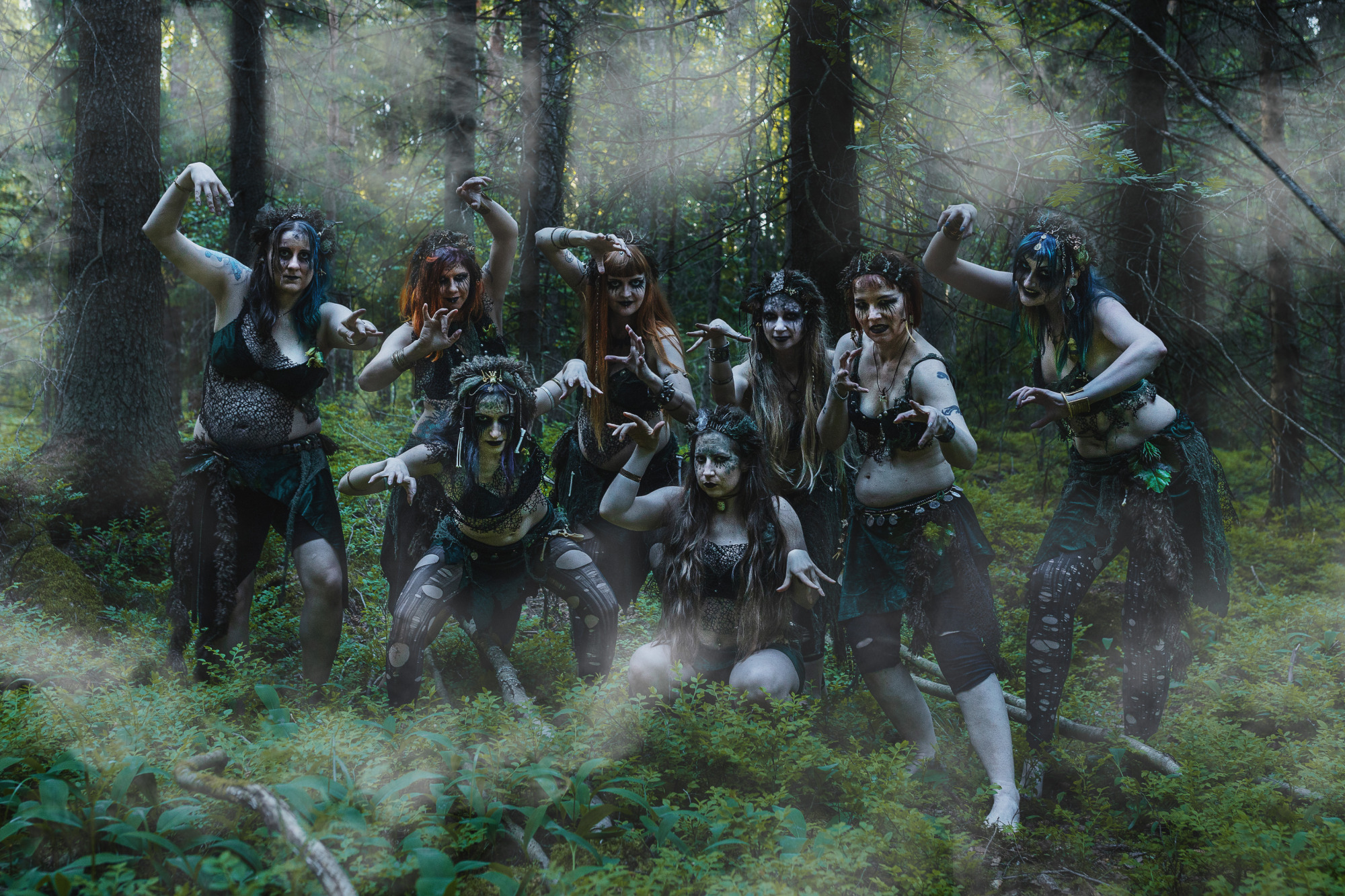 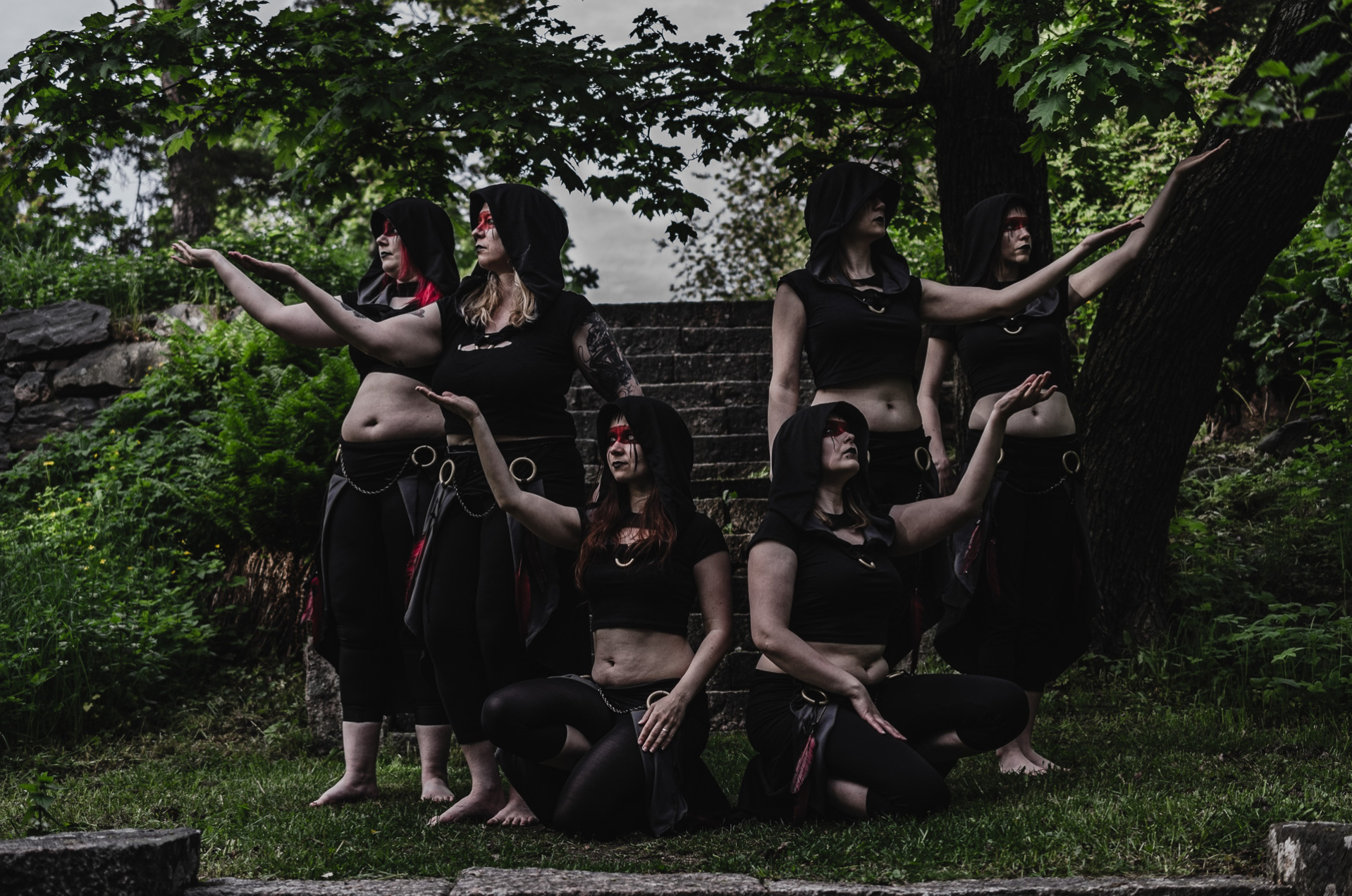